June was a busy month for me. Lots of Zoom meetings for work, the last scramble for my boy to finish up schoolwork, and my mother-in-law finally came home after a month in the hospital (for non-COVID reasons). I also finally got down to two shifts a week at Second Job, which I’d spent months angling for.

I also went to a party. The first non-work gathering of people I’ve been to since the pandemic started. I wore my mask there, but literally no-one else was wearing one, or maintaining social distance, and I felt really uncomfortable. And also, there was unspoken pressure to not wear my mask.

Dude, this stuff is hard!

In exciting news, I got all my new furniture last month! My house looks so good! I got an armchair and a loveseat, and a kitchen table and chairs. All my big, bulky furniture is gone, and everything is now more appropriately sized for my tiny apartment. I’m loving it! (We won’t talk about the boxes that had been stored under the old table that I now have to go through and see if there’s anything worth keeping.)

Scrapbooking – I did ten layouts. A few birthday pages, since I’m still catching up on for my boy. Almost there! Here’s one of the layouts I did in June:

Writing was plentiful in June, which was nice. I wrote 19k words for the month (lots of prompt fills, a huge amount which won’t be posted until this month) and posted 8 fics. I met all the challenges I signed up for. So writing-wise, it was a really good month for me. Here are my posted fics:

Today is More Joy Day, the brainchild of

sdwolfpup. It’s a day when we can all do our parts to spread a little joy. Random acts of kindness, from simply holding a door open for someone to giving a gift of time or money, can brighten someone’s day and make that person feel like passing that joy along to someone else.

And we can all use some joy, am I right?

As usual, I’m giving the gift of fic. And handsome men. ::grins:: I wish I could do something for all my wonderful friends, but know that I love and appreciate all of you!

Now, for the gifts.

In Case of Dire Consequences is a gift for

respoftw. This is my second SGA fusion with Good Omens, and something I apparently had finished months ago and simply forgot about. Respo was so pleased that I made Rodney the demon, so I thought she’s like another shot of that.

You Keep Me Searching is a gift for

taste_is_sweet. I wanted to get it done in time for Christmas, but words were few and far between then. But I was able to finish this MCU-centric installment of my Life in the Yukon series in time for today. Taste got me started on the Steve/Bucky goodness, so this seemed a fitting gift for her.

The Chance to Be Good is a gift for

sga_saturday needs some love and it’s been pretty quiet there, and also because of a conversation Popkin had recently about John’s mother usually being dead in fanon. This is an angsty little piece about dysfunctional families.

In Wine, There’s Truth is a gift for

sherlockian_syn, and my pal smiles2go who eschews social media. ::grins:: I just love these ladies so much, and they’re such big parts of my lives, that I wanted to write them a little something. And what better than a drunken confession SGA fic? LOL!

Last, but certainly not least, I did a little digi manip for

darkmoore. She is a collector of angsty male characters, and tries to write them some measure of happiness. I couldn’t fit the whole brigade, but this is a good representation. ::grins::

It was definitely a mixed bag of a year for me. There were some pretty big highs, mostly involving meeting online friends and attending my second ever Stargate convention. And some lows, including my ex husband moving away without a word and abandoning our son.

In the world of scrapbooking, I can report eleven completed pages and way too many newly-purchased digital elements and papers. Most of them were Christmas-related, like this one:

On the writing front, I had a strong start to the year but a fairly weak finish. Not sure where my mojo went, but finding words was almost impossible. Overall, though, it was a good writing year for me. I was able to step back from the pressure of deadlines and challenges, which meant I was much more relaxed with my writing. I’m hoping to continue that into the new year.

Here’s my AO3 overview for 2019, which I’ve seen some other friends doing.

I could compare all these numbers to last year, but I don’t want to make myself feel bad. ::grins::

Most Hits
First Time, And Again: Marvel Cinematic Universe, Bucky and Steve getting their sexy on.

Most Kudos & Most Bookmarks
Three Times John Used His Words: Stargate Atlantis, John and Rodney taking turns getting whumped while progressing in their relationship.

Most Comment Threads
Feels Like Home: Stargate Atlantis, Rodney deals with John’s major head injury and many, many feels ensue.

Most of my low counts are in the Trixie Belden fandom, which is a small, small fandom. So I’m not surprised there. It hasn’t stopped me from wanting to write it, though.

Favorite Thing I Wrote This Year
A Letterkenny Family Reunion: Letterkenny/Stargate Atlantis, Once the idea popped into my head of Wayne and Rodney being related, it wouldn’t go away. I really like how it came out, even though it was only my second ever Letterkenny fic.

Favorite Series I Started This Year
Sagebrush Tales: Hawaii Five-0 (with some crossovers), Danny and Steve fighting the good fight in the Old West. It’s been fun making them cowboys and finding ways to bring in some familiar faces. This all started thanks to some prompts on

My boy, who played Santa at school and handed out candy to all the little kids.

It's been one heck of a year, both fannishly and personally. But I want to focus on the fandom side of things. Let's start with the numbers:

More stats, according to AO3:

I was also given the gift of some amazing artwork by

You can get card with your statistics here!

A very happy, only slightly belated, birthday greeting to

This is a belated greeting because it took me a few days to write the gift fic to accompany it. For you I've written my first due South-adjacent fic. LOL! I hope you like it, Squidgie! ::birthday hugs::

Summary: Lantea is a quirky small town. For example, when Rodney inadvertently hits a dog on his way to work, he finds out that the town doctor is also a kind-of vet, and meets a Canadian Mountie up from Chicago. All while John admires Rodney from afar and is forced to make some repairs to Rodney's cabin.

October was another mixed month for me.

My boy missed school because of anxiety issues. Some of that was related to seeing his dad last month, and my grandfather having passed away. Some of it was because of a bullying situation at school. See, my boy has chosen not to stand for the Pledge of Allegiance. He's very aware of the problems in our country right now and he doesn't want to pledge himself to something he doesn't believe in. I can't fault him for that. But some of the other kids do. And one boy in particular threw him against a wall and threatened him, and four of his friends were plotting via social media to jump my boy in the hall the next day.

The principal handled the situation well. The one boy was suspended from school, and he talked to the other four individually about how you can't give someone freedom and then tell them how to use it. There haven't been any other incidences but my boy stopped eating lunch with the others and eats in the principal's office.

I had a nasty headcold at the beginning of the month, and still have a bit of a cough. And I think I did something to the tendon in my foot, so that's been fun. I also broke a tooth, which had to be fixed, and had a wisdom tooth pulled.

On the upside, my boy has been a lot more social. He want to a Halloween party - and won best costume as the Joker - and has been doing D&D all month and spending a lot of time with his friends after school.

As for myself, I've started digital scrapbooking again. Here's one of the pages I made:

It's been nice to have another creative outlet for the days when the words aren't forthcoming. Although in my frenzy to finish a scrappy album project my words dropped off at the end of the month.

Still, it was a very productive writing and posting month for me, mostly due to Monster Fest at

Are you gearing up for NaNoWriMo? Do you anticipate needing some motivation and support throughout the month of November?

Look no further, friends! The annual

ushobwri Miserable Fucks November Social is on its way! There will be daily check-ins, writing topics, Friday workshops to share snippets for feedback, and all the support you can handle! I hope you'll come and join us!

Daily posts throughout the month of November will begin on the 1st. Hope to see you there!

Most happiest of birthday wishes to

shanachie_quill, my friend in fandom! I hope you have a super-awesome-wonderful birthday!! 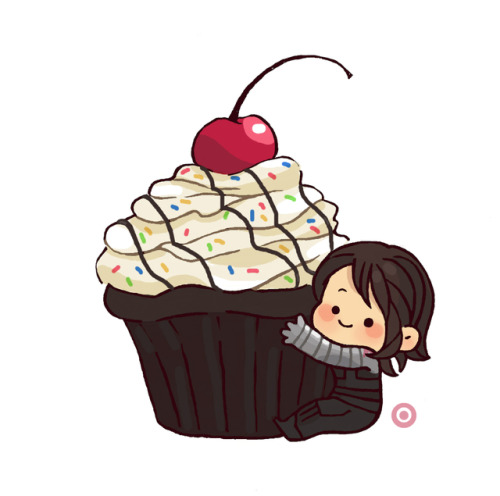